A FACET OF ADDICTION

A FACET OF ADDICTION

“What does that mean, you’re an addict? It sounds like it’s an excuse”.

Sometimes, I think they have a point. Maybe I do use that word to get out of stuff. That must be it. I’m only trying to justify having been weak, or fucking up yet again. It’s a lame way to explain my greed and self-centered ways. I’m being overly dramatic.

I must make more of an effort.

Quite a few people told me that I’m not an alcoholic. They tell me that I undeniably have a problem with alcohol, yes. That I don’t know when to stop, and that the personality switch that occurs before and after a drink or ten is really scary. They tell me blackouts happen. I watch TV shows where people talk about blackouts and it’s all kind of funny. I get told that drinking stopped being fun with me a long time ago, that what happens when IT happens is plain horrible.

IT being me waking up, heavily bruised, sprained, poisoned, an overwhelming sense of dread and shame taking over until I somewhat sober up and try to get some water in my system and then spending about a day or two unable to move. I throw the water up as I try to keep it down. I text anyone and everyone to try and gauge what happened the previous night because I have zero recollection, bar a few pictures on my phone, and to see if anyone still wants to talk to me. They’re usually too disgusted or freaked out to stick around.

There is a constant voice in my head telling me that I am petrified of everything and that I am a monstrous freak unable to leave my flat. It is telling me that my insecurities will eat me alive and that the only way to combat any of it is by taking more Valium, and drinking some more booze. It tells me that I am in atrocious physical pain, so I should swallow more painkillers, and have the ones with the codeine in it.

It tells me that coffee and codeine are too strong a combined high against the Valium, so booze will help with that, and that eating on codeine is delicious. That I should do it all alone because I’m far too anxious to be around anyone, let alone outside of my flat, away from my couch.

It tells me I cannot be around people, and that when I am, I must pretend to be someone else, something else, but that if I was myself, that other little meek voice inside, that one would never be accepted, because that other me does not deserve any light.

Part of all those other shiny people who will always be what is unattainable to me.

The voice tells me that things would be a lot more fun if I tried drugs again. I’d be a lot cooler. I’m not very cool. I need all the help I can get. A guy offers me some drugs, I can’t turn them down. After an hour, I’m hanging on to him, kissing him here and there, getting more, and all I want is more. Whenever I don’t think he’s looking, I’m flirting with every single boy next to me. I am magnificent, and I bet that the attention alone would be getting me drunk, not the tequila, the cider, the vodka, the beers, the random drugs going down my throat. No, it’s ME. Deep down, I’m depressed, sad, lonely, and I hate everything around me, but I play the part, I play the part I think I should. Then I’m on my way home and the come down starts. I don’t want any of this to be over, so I meet some guys on the tube and end up at some pub. I kiss one of them and orchestrate a beautiful tragedy of how much we like each other, until he tells me with a regretful look on his face that he is married. I turn on him and get off on making him feel really bad. I never thought about checking for a ring or anything. The pub is about to close, so I buy some booze and I head home. I’m bored by myself, so I get on Skype and have a dirty session with a friend. That’s the last thing I remember.

What does it mean, that I’m an addict? It means that I don’t have a stop button. It means that when I wake up in the morning after various misdemeanors, I don’t want to think that maybe I should slow down. That’s what I tell people to make them feel better. It means that I want to find the next substance or behavior that will fix my previous one. So when not eating for half a year stopped working to try and silence that voice in my head, I turned to making myself throw up. When I couldn’t stop eating at all, I started cutting myself. When being loved by one boyfriend stopped being enough, I slept with his friends, or dumped him and went out with someone “better”.

It means trying to self medicate with any substance available to try and feel ok in my own skin, because my own skin feels like a complete fraud.

It meant accepting him bringing needles home, and being so afraid of missing out, of losing him to another world, getting him to inject me right after him.

They tell you that you will end up doing things you never thought you’d be capable of doing. I never thought I could lie or hide things well, but something about it always seemed so alluring, so appealing.

Telling you that I’m an addict isn’t a way to try and justify all the shitty selfish things I have ever done. It is finally recognising that the Voice in my head telling me why I should do them is perhaps not me. That voice, that’s the addict.

So, listen, something inside me is self-destructive and will take prisoners down with me until we all drown. I’m an addict. But I’m an addict in Recovery, so I am talking about these things and now I try to be honest about them all. I no longer want to protect the Voice, because I think it’s lying. I’m not different. I’m not special. I don’t want to be special or different. I want to be part of, and the only way I have, to be with you all, is to silence that voice by letting my other one speak louder. 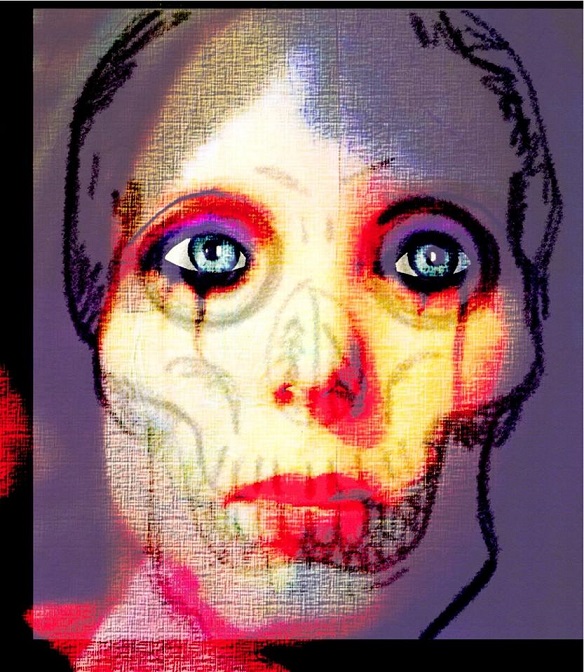