THAT TIME HE FOLLOWED ME HOME IN HIS CAR

THAT TIME HE FOLLOWED ME HOME IN HIS CAR

I was driving home from a friend’s house at around 9:30pm. The roads were clear, and I was thinking about a conversation my friend and I had with her mother. Lost in thought, I drifted into the adjacent lane, and was jolted awake by the horn of the car next to me. Luckily, I hadn’t drifted too far in his lane, so I managed to swerve back way before any damage could have been done. The driver in the other lane, (understandably) upset at my transgression, sped up to catch up with me. I looked over at him, lifted my hand and bowed my head – a  sign of apology. I looked back at the road, assuming that my apology was accepted, but found him drifting into my lane, same as I did to him – only he was doing it on purpose. He swerved threateningly close to my car, then returned to his lane. I figured this was some kind of “punishment”, that he was trying to scare me, and so I sped up to avoid any further altercation. Anyway, I was getting close to my house.

What I didn’t realize was that my apology had apparently been misinterpreted by the driver as me initiating contact. He switched lanes and began driving directly behind me. When I approached my street, I took the right turn, looked in the rearview mirror, and was relieved to see that he had driven past me down the main street. But when I took a second glance, I saw that he had stopped (on the main street, no less), put his car in reverse, and was now backing up to turn into my street. I had a moment of panic, but thought, “there’s no way this guy is actually following me home, I didn’t even touch his car”.

I sped up a little; by now my eyes were glued to the rearview mirror. He was following me, speeding up to catch up to me. I parked in front of my apartment building, and sat in the car for a few seconds to decide what to do. Looked in the rearview mirror: headlights. He’s approaching.

I got out of the car, slammed the door behind me, and said, out loud, to an empty parking lot: “Fuck this shit. If this fucker wants a fight, he’s getting one. What the hell does he want from me? I didn’t touch him, and I’m tired of the intimidation tactic.”

Then I looked around at where I was. An incredibly dark, incredibly empty lot. Even my apartment building was dark. What was I going to do if he approached me? Scream? Then what? No one is around to hear me. Even if they could hear me, I doubt anyone would come out of the building to help me. This is stupid. I’m putting myself in harm’s way for nothing. I ran towards the gate.

I turned around to see that he had parked his car right next to mine. Headlights on. Waiting.

I went inside, up to my apartment, and I, too, waited. For morning.

I drove to work the next morning eyeballing every car on the road – he drove a white Toyota Corolla, which makes up 75% of the car population in Khartoum. By the time I got to work, I realized that I was hyperventilating. Seriously?

I decided to tell a couple of my coworkers what happened the previous night, just to gauge if my reaction was warranted or not. The responses I got were at once comforting and terrifying.

All the female coworkers I talked to had had similar experiences. Albeit these men did not follow them home, but they chased them for miles, until they had to take alternate routes home, or go to a relative or friend’s house (why didn’t I think to do that?). While we were having this conversation, a male coworker came into the office and asked what we were talking about. I told him my story. His reaction:

“Oh, that’s totally normal. Don’t ever apologize to a man on the road. He’ll take it as a sign that you want him. One time, my sister was followed for 40 minutes by a group of young men, and the only way she got rid of them was by stopping next to a police officer”.

The fact that this type of behavior is accepted not only as common but “normal” is serious cause for concern. Being followed home at night by a random stranger is not flattering, and certainly not acceptable. In fact, it is deranged behavior, and it is terribly scary. I was terrified, panicked; I felt violated, and threatened. For days afterwards, I was paranoid and on edge, frantically looking around to see if he was back. I would creep back to my house and scan the parking lot for any sign of his car. I was afraid to spend the night alone.

But talking to other women who have been through similar experiences, they seem to almost have a nonchalant attitude towards this occurrence, like it’s just another inconvenience to deal with. And while it might very well be that (from the sheer amount of times it may happen to any given woman during any given week), the answer is not to become accustomed to it. The answer is to continuously and systematically point out that this is disturbing behavior that should be neither accepted nor tolerated, and to fight back to the best of our ability.

Being followed home at night by a random stranger is not normal. The sooner both men and women realize that, the better. 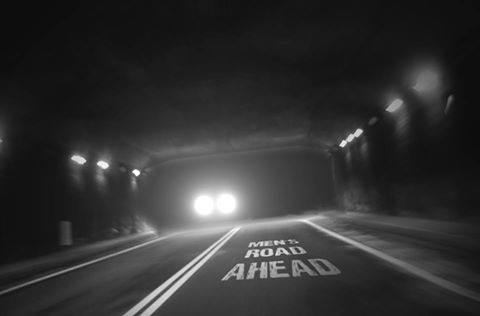